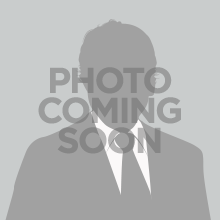 Charles graduated from Tulane University in New Orleans, Louisiana in 1983 earning a Bachelor of Arts Degree in History. Charles obtained his Master’s Degree in Comparative Literature from Tufts University in 1985. Working his way through Brooklyn Law School, Charles received his Juris Doctor degree in 1991, winning the Edward Byrne Memorial Prize for integrity in the practice of criminal law and the American Jurisprudence Award for trial advocacy.

After graduation, Charles was sworn in as an Assistant District Attorney in Kings County, where he served in the misdemeanor, grand jury and felony trial bureaus for five years. During that time, Charles acquired significant trial experience, handling the prosecution of high profile robberies, burglaries, arsons and homicides.

In 1995, Charles worked as an associate in the Law Offices of Dominick Porto in a general practice with a focus on commercial litigation and NASD and Securities arbitration.

In 1996, Charles joined the law firm of Armienti & Brooks, P.C., where he became a partner in January, 2000. “While the adjustment to civil practice was substantial, I think the learning curve was significantly reduced by my trial and appellate experience from the D.A.'s office.”

At A&B, Charles handled all stages of litigation in myriad negligence actions: automobile, premises liability, negligent security, product liability and lead paint litigation. Charles gained a level of expertise in Labor Law/construction accident litigation and insurance coverage disputes, achieving summary judgment for his clients on multi-million dollar cases. He has also conducted and led seminars on the Labor Law, and has published several articles in his areas of practice.

In addition to Charles' significant trial experience, he has conferenced, briefed and argued over 90 appeals in the First and Second Departments with a remarkable success rate. “The appellate process is the crucible in which you can firmly establish your victories in law. It also provides a legitimate venue to right wrongs suffered by your client.”

Charles is licensed to practice throughout the New York State Court system and is admitted to practice before, the United States District Court for the Southern and Eastern Districts of New York, the United States Court of Appeals for the Second Circuit, and the United States Supreme Court. Charles has also sat as a as a pro bono arbitrator in Civil Court, Kings County in the Small Claims Court Division. In addition, Charlie has been selected as a Super Lawyer, top rated personal injury defense attorney every year since 2013.

See our profiles at Lawyers.com, and Martindale.com