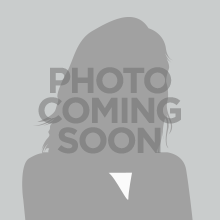 Erica attended Brooklyn Law School, where she was a member of the Moot Court Honor Society and competed in the National Tax Moot Court Competition. During law school, she interned for both the New York City Mayor’s Office and the Honorable Sandra Feuerstein of the United States District Court for the Eastern District of New York. Erica graduated from Brooklyn Law in 2010, and is a recipient of both the CALI Award for Excellence in Trial Advocacy and the Platinum Public Service Certificate.

Following her admission to the Bar, Erica served for three years as a prosecutor in Brooklyn. During her time with the office of the Kings County District Attorney, Erica tried over a dozen cases to verdict, gaining substantial first-chair experience, and presented numerous cases to the Grand Jury.

After leaving the Brooklyn D.A.’s office, Erica joined Bell Law Group, PLLC, where she concentrated in labor and employment law. At Bell, Erica gained valuable experience representing clients in federal administrative hearings, as well as in Supreme Court of the State of New York. Erica's transition into civil practice was a successful one: “Trying cases for the D.A.'s office gave me invaluable practical insight into the evidence that must be discovered and developed in order to attain successful results.”

Erica joined Giordano Glaws & Fenstermacher LLP in 2014, and is now a partner handling general liability defense matters, including the defense of businesses, commercial property owners, construction contractors, trucking companies, and municipal entities in state and federal court. She has also assisted in the defense of employment law matters, including claims of discrimination based upon gender, race, and disability, as well as sexual harassment, hostile workplace, and retaliation claims. Erica has tried a number of cases to verdict as lead counsel, and has resolved numerous other matters to clients’ satisfaction during various stages of trial. She has also successfully briefed and argued several cases before the New York State Appellate Division.

Erica is licensed to practice in New York and New Jersey, and is admitted before the United States District Courts for the Southern and Eastern Districts of New York.

See our profiles at Lawyers.com, and Martindale.com